"It is the school's job to teach us
how to learn
to raise our appetite for knowledge,
to teach us the joy and excitement of well done work,
to teach you to love what we do and
to help you find what we like to do. ”
(Szent-Györgyi Albert)

The short story of the school

The III. in the district, the pedagogical education of the special education goes back to the period before the First World War. The school was completed in 1912 in the Raktár Street during the campaign of the mayor of István Bárczy. The first “small-sized” classes were under the supervision of the primary school director - Richárd Franzoso. In one academic year, they were taught in merged classes for approx. 40-60 pupils.

We can speak of conscious attitudes and guidance after 1931. After the Second World War, the small classes became independent schools with their own administration, with the support of the college's research background.

Since 1951 József Willinger director of pedagogical education was expanded under the leadership of the director. From the preparer to the eighth grade, full day care was provided for the school due to the increased demand for the "Connecting Classes", the more sophisticated selection practice. Such classes started in Békásmegyer, Csillaghegy and Bécsi út. Their work was done with full devotion, in very difficult circumstances by colleagues.

In the autumn of 1965, the school received an independent building on Csillaghegy in Ráby Mátyás Street. His job was to provide special education in the northern part of the district. The School of Speech Therapy, which operates within the school, began its work in 1968. The number of employees has been constantly increasing.

In 1974, the current School of Szellő Street was transferred, which was designed with special educational needs in mind. Here, pupils with mild intellectual disabilities and students with moderate mental disabilities have already reached the stage, and there are also speech therapy facilities that meet the needs of the district. The work of the educator-educator for the mentally handicapped children began in 1979.

In order to improve the speech therapy in Békásmegyer, the outpatient clinic in Víziorgona Street has been operating since 1987.

At the request of the district parents on September 1, 1993, special development of autistic students was started.

In 2004, he was the director of the Szellő Street Primary School Ferenc PatakiRecognizing the new challenges of the profession and of the age, bearing in mind the possibility of the institution's survival, and taking the opportunities provided by the law, has taken the necessary steps and initiated the maintenance of III. to transform the institution into a unitary methodological institute for special education in the district. The III. dist. Representative Body of Óbuda-Békásmegyer Municipalities under Government Decree 253 / ÖK / 2004 / IV. Approved by Resolution No. 28 of the Minister of Education and Science, so from the next academic year onwards the “III. dist. Municipality Kindergarten, Primary School, Unified Educational Methodology Institute ”is named after the school.

From 2005, the founder of the school has been modified by the maintainer, which has become a new profile-enriched Methodological Institute for Special Needs Education.

In 2006 Márta Faragóné Bircsák took over the management of the institution. With his professional guidance, the institution was fully accessible and serviced by a lift in 2009. In addition to the segregated SNI nursery and the 11 SNI classes, the service and professional service provided 33 institutions and two outpatient clinics. During this time, the number of integrated children increased from 8 to 121.

In 2009, he won the UNIQ "Non-Violent, Health-conscious School" and "ECO School Address. In the same year, he celebrated the 35th anniversary of the school.

In the autumn of 2011, our school held a Charity Health Day, which was aimed at health education, but its income contributed significantly to our salt cabinet. From September onwards, we have launched the Family-friendly Daycare Center experimentally, where the children of our teachers are developing and growing nicely. Our accredited in-service training "Preschool Integration for SEN children" has been successfully launched three times by our school due to the great interest of inclusive kindergartens. We have launched our institution for early development of under 3s for those who do not educate their children in the nursery.

The Holistic Academy has been working for five years on a monthly basis for district teachers, on the last Thursday of each month in the afternoon, with a permanent staff of 50.

Search on the page 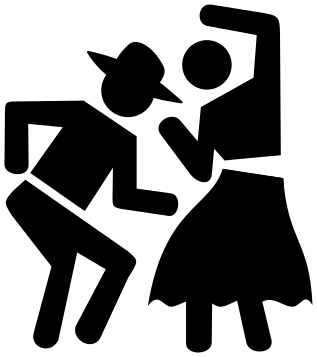